Huge installations, varying from smashed up cars to a sculpture incorporating CCTVS, and mixed media artwork filled the abandoned tunnel that once was used by taxi drivers.

The exhibit was free and open to the public during May 3rd – 5th, 2008. Visitors were also encouraged to play their part by adding their own stencil into the show.

Mr Brainwash featured his iconic Britney Spears and Madonna image for the event. 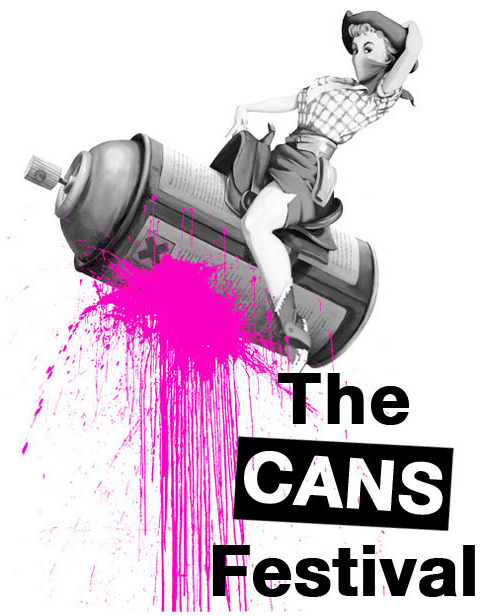 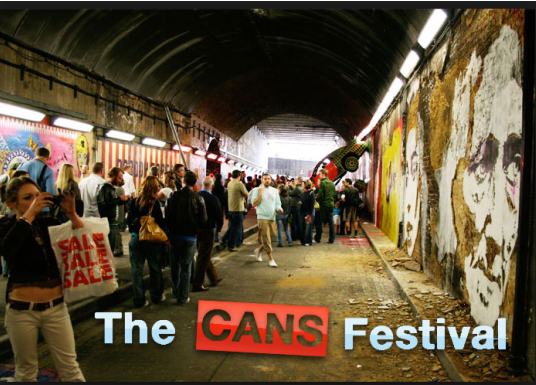 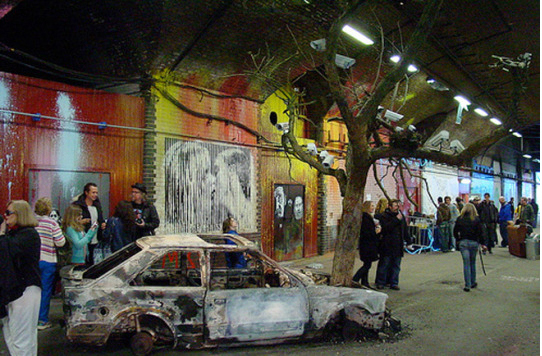 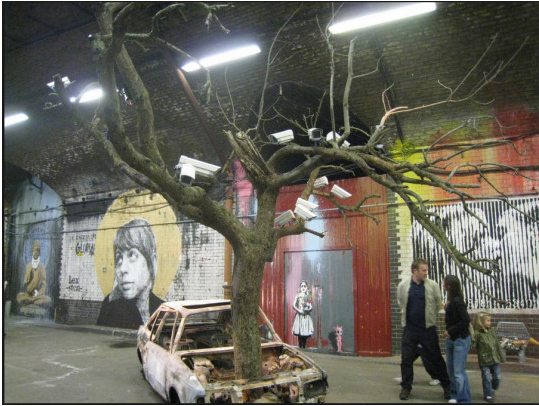 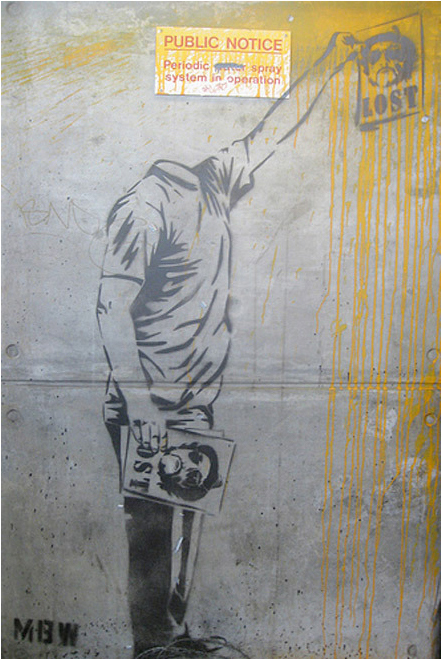 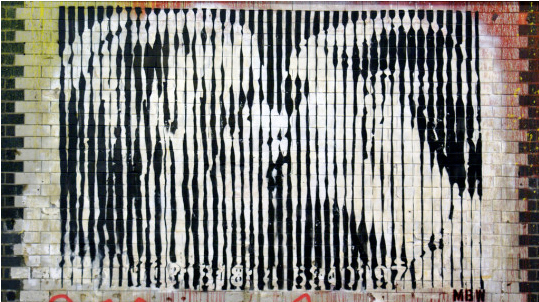